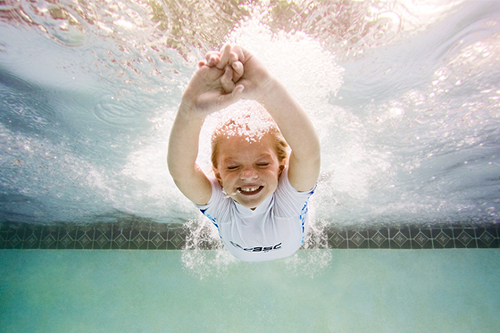 After a predictably quiet summer, everyone was returning to work and the kids were back at school. I spent a large portion of August (less so in July, basically due to the rubbish weather) at my local New York City “free” outdoor swimming pool. “Free” is good, especially when you are broke, and boy oh boy, did that water feel fantastic! I find swimming to not only be great physical exercise, but also a very mentally therapeutic and emotionally calming activity. I’ve always enjoyed swimming but I’m not a huge fan of the beaches around the New York area. I’d rather be in the Caribbean (who wouldn’t?) but that wasn’t an option, and the hurricanes had been producing such big waves and rip tides that you couldn’t really swim in the ocean, even if you wanted to. So it was the Tony Dapolito Recreation Center for me and I felt extremely grateful to have a swimming pool so close to where I live. Formerly the Carmine Recreation Center, it was renamed after Tony Dapolito, “The Mayor of Greenwich Village” whose family had started the famous Italian bakery Vesuvio’s on Prince Street.

I began the summer by thinking that I would go to the “adult lap swims” as I had done in previous years, but they were either at 7:00am in the morning (not exactly my time of day!) or 7:00pm in the evening. Well, it was already getting kind of grey and gloomy by that time of night so I was not feeling particularly enthusiastic about going regularly. Then, one evening, one of the ladies told me to check out the very beginning of a daytime “general session” before it got too busy. My previous experience of a “general” session had been super-crowded and totally off-putting, to say the least, so it had not even occurred to me to go in the middle of the day. Well, thankfully I took this lady’s advice and I started going at noon, during the week. Most days, I was able to get in a good half hour to an hour’s swim before all of the kids arrived. It felt really marvelous, and the sun was shining at that time of day! I even went when they opened on the weekend days as well. In fact, I barely missed a day! Some days it got very crowded very fast, and that was not as much fun, but you had to appreciate that everyone wanted to enjoy the refreshing water when it was hot and steamy in the city.

At a certain point during some of the sessions the lifeguards would open up the deep end of the pool where there was a diving board. I watched as a succession of kids and adults, one after the other, lined up to jump, dive, or “honey-pot” as hard as they could off the board and into the pool. Some were little kids, who were scared at first but then plucking up more courage with each turn they took. Others were hilarious show-off’s who were simply reveling in entertaining their buddies or impressing their girlfriends. There were a few occasions when the lifeguard had to dive off the chair and help someone to the side of the pool. The ‘jumping off of the board’ part may have been fun, but not being able to actually swim properly made it a little dangerous, to say the least.

Finally, I decided it was time for me to jump off the board, which I did. A few days later, I found myself instructing my inner self that I could not leave the pool until I had done a proper dive off the board. “But, it’s been years since I did that!” I said to myself. “Tough, you’re going to do it, so get on with it.” And I did! I finally plucked up the courage and I produced a half-good dive. And by the time I had done a few more over the next few days, I was feeling pretty good and even picking up a compliment here and there. So now I have a city tan, I turned fifty-five years old and I dived off the board at the local pool!

One day, as I was watching everyone going off the board, there was a young Asian boy, very muscular and obviously very fit, and yet, he was a terrible swimmer! He wanted so badly to get it, but his coordination was really off and he had difficulty with his timing and his strokes. So, on this particular afternoon, he sees everyone heading to the deep end and with a big silly grin on his face, he joins the queue. He attempts a dive, which quickly turned into a belly flop and down he went. He surfaced with arms flailing and within seconds not one, but two lifeguards were in the water helping him to the side.  Guess he won’t be attempting that again any time soon?

Towards the end of August I realized that I was turning into my mother, as I was now becoming a regular at the pool, and the locals were starting to say hello and even ask my name. My mother, although scared of deep water, loved to swim and was a regular for many years at her local pool, where she would swim during her lunch-hour. Her swimming pals were a particular set of friends that she only saw there, but they became very dear to her, nonetheless. By the time we got to the end of the month, all of the summer camps had finished and the crowds disappeared. So during the first week of September, although the temperature had dropped down to the seventies, we still had one more week of swimming and it felt like my own private pool, with hardly anyone there at all. Bliss!

One day, I saw one of the “regulars” who I had seen all month but never really spoken with. She wore a yellow and white striped bikini and had an enormous pregnant belly. We had all been observing her over the weeks, thinking that she must be about to the drop the baby any day now. I hadn’t seen her in a while but on the last Friday, there she was. The pool was very quiet and I said hello for the first time. We started talking and I told her how we all thought she must have had the baby by now. “Twins!” she said proudly patting her giant bulge, “I’m having twins.” “Well, that definitely explains the size of you,” I said. She was not due, in fact for a few more weeks. So we chatted and had a lovely conversation. She was from Australia, and myself from England. And then I finally said, “My name is Louisa, by the way.” And she replied, “That’s my name too. I’m Louisa.” We even spelt it the same way. It was so unexpected and yet strangely comforting because I had been feeling very sensitive about missing my Mum and somehow this little coincidental encounter with a very expectant mother-to-be felt quite precious. But then, there’s no such thing as a coincidence, is there?

Now, if you are in the New York area and you haven’t already seen the Richard Avedon exhibition at ICP – Avedon Fashion 1944-2000 – then you have until September 20th. A truly wonderful collection with many of his iconic images – not to be missed! But while you are there, be sure to check out the accompanying Paris Fashion 1945 exhibit in the café area on the lower level. Following World War II, in an attempt to revive the battered French couture industry, designers made miniature outfits for small, wire-frame dolls and created an exhibition entitled “Theatre de la Mode,” with over 230 of them displayed in stage-like sets. It was a huge success and traveled the globe until the return of the fashion industry, at which point the dolls disappeared. Years later, they re-surfaced and were returned to Paris, where they were restored and photographed by David Seidner – sadly there is only one of the original dolls along with the photographs in this exhibit – truly adorable though! 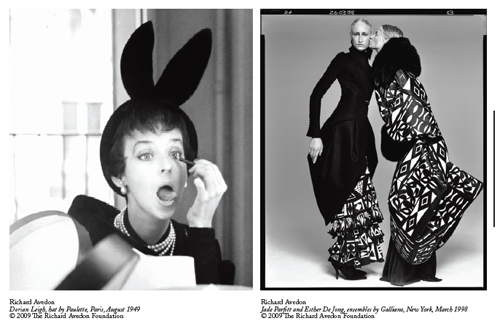 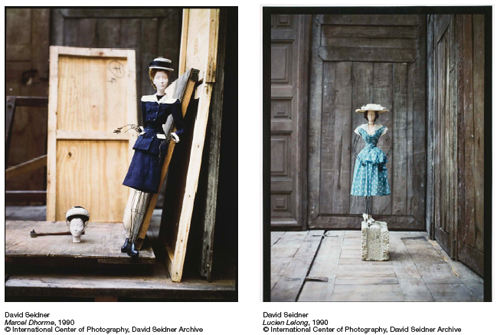 For a complete list of current exhibitions at the International Center of Photography please visit: http://www.icp.org/site/c.dnJGKJNsFqG/b.1196903/k.692/Current_Exhibitions.htm