Observations on being a Juror for IPA, and General Advice for Awards & Contest Submissions – Written Sunday, September 1, 2019

I recently had the honor of being a first-time juror for IPA, the International Photography Awards. It was a very interesting and “eye-opening” experience, both as a juror, but also from the perspective of thinking about the photographers’ submissions, and how they could be improved to potentially improve their chances.

For example – How many images makes a real “series?” When I saw a series of 3 images, it almost always left me wanting maybe 1 or 2 additional images to make the series feel more complete and rounded. Conversely, there were many series where there were just a few too many images and if they had been edited down just a wee bit, it would have made a much stronger impact on the viewer.

Consider also the difference between viewing a single image versus a series. One reacts and views them differently. An only child is much different to a bunch of siblings… So if you are submitting a single image, make sure it is contest-worthy, a stand-out image, and that it is in the right category – You only have that one chance to get our attention, so make it count!

With a series, you do still need to grab us with that first image, but then can you keep it going? And if the first image is not strong enough, will we want to continue looking? Sometimes a series is too scattered and doesn’t make sense as a whole. A tight series is a viewing pleasure, at least for me. There is a sense of consistency and completion and it all makes sense without being overkill. It tells a complete story, no matter what the subject.

As a consultant, I have edited photographers’ images for many years – for their portfolios, websites, and contest entries. Having now been a juror and viewed hundreds of entries, thousands of images from all over the world, the importance of the edit becomes even more apparent to me.

In my bio, I talk about whether an image “moves” us, or not? As a photographer, you only have a split second to “move” me, the juror, in some way. What, if anything, caught my eye? And just because it did (or did not) catch my eye, doesn’t mean it will have the same effect on another juror. After all, it’s all subjective. What moved me might not move another person in the same way. We don’t all like the same things, and life would be very dull if we did. But a really good image moves every viewer, it has a universal voice that speaks out and captures everyone’s attention, in a silent and visual language.

I felt different as a juror after a full day’s work, as opposed to a juror on the weekend when I could relax a little more. Now that doesn’t mean I didn’t do my job during the weekday sessions. I did my job each and every time by asking the same question for each entry – did it catch my attention, and if so, why? What did it make me feel? The word “emotions” comes from the Latin word “Emotis” meaning “to be moved’ so for me, the image has to “move” me in some way, I need to feel something emotionally. I just do.

There were some entries that “moved” me by the sheer beauty of what was being photographed, as well as the skill with which the photographer had captured that beauty. There were others that instantly made me chuckle, not a lot of them, but the few that did were really funny and were much appreciated. Humor is a difficult thing to capture. In theater, comedy was always more challenging than tragedy. It’s easy to be tragic. But being funny requires timing and a quick delivery.

There were some images that were so “nasty” to look at it was quite honestly hard to know how to vote, or if one should vote at all? How do you vote for close-ups of insects if you can’t stand insects? It’s an interesting conundrum, right? I recall one entry that documented a religious ritual in Italy – the images were both disturbing and repulsive and I debated whether or not to even vote, but the series affected me, and the imagery was good. At first, I didn’t vote, but the entry stayed with me, in my mind, so I went back and voted for it, even though it was not “pleasant” to look at.

Categories. Let’s talk about categories. People, you have to really look at your images and look at the category and make sure it fits! I know this sounds arbitrary, but I saw many images in the wrong category, or ones that might simply have been better in another category. I saw a beautiful portrait of an owl in animals – pets – it was beautiful but didn’t feel like a pet to me… now if I had seen it in wildlife, I might have given it a higher score because it belonged in that category.

Consider also that each category is going to contain a different number of entries. There could be relatively few because it is a less popular subject, or it could be one of the more popular categories, such as “landscapes”, in which case you know you will have more competition. As jurors, we don’t know how many entries are going to be in each category but looking at say twenty or thirty entries is different from looking at several hundred entries in a single category. It may be harder to stand out…

And then there’s entering the same images into multiple categories. After a while, it becomes annoying. You don’t remember where else you saw the image, but you know you already voted on it, but you don’t have time to go back and find it. What do you do? Do you vote on it again? Maybe, maybe not? Does it fit this 2nd category better than the 1st one you saw it in? Maybe, maybe not? So think about this – where best do my images belong? Be specific rather than putting the same image(s) in too many categories.

And then there’s the captions – those can affect how the juror feels about your images as well.  Sometimes the captions are written in the photographer’s native language (which is fine) but I suggest also you have an English translation so most of the jurors can actually read it. Some captions were honestly just plain silly or made no sense at all. Yes, I am being brutally honest here, but again, you only have a few seconds for us to look at your images and read your caption! So don’t ruin a good image with a bad caption!

Some are waaay too long, with too much information and long-winded stories about how the photographer managed to catch the image after the storm had blown half the equipment away… or it had taken months and months of going back to the same place to finally get this one shot (but we didn’t see all the others – it’s this one, or nothing!). Seriously though, all of that doesn’t affect how we see the final image – it only relates to how the photographer sees it because he or she was there. We weren’t. We only see the result. Most often, the back story doesn’t necessarily make the image better. The image has to speak for itself and let the story come through by what we see, and subsequently feel.

Although I have reviewed photography portfolios for many many years, on Wednesday, June 27, 2018 I participated for the first time as a reviewer at the ICP (International Center of Photography) Portfolio Reviews. It says it in the name… International Center of Photography… and that’s exactly what my reviews were, very International, which I loved, along with some very interesting and thought-provoking projects ranging from addiction to gender identity, sexual abuse, suicide, health & aging, Staten Island, living in gated communities in Brazil & Dubai…

It’s not only the reviews themselves that give me great pleasure, but what touches my heart and makes it all worthwhile is when I receive “thank you” notes afterwards, such as these from Rebecca Morello, Catalina Reyes & Bruca Moreira, as well as a wonderful email from Betty Young Kim: 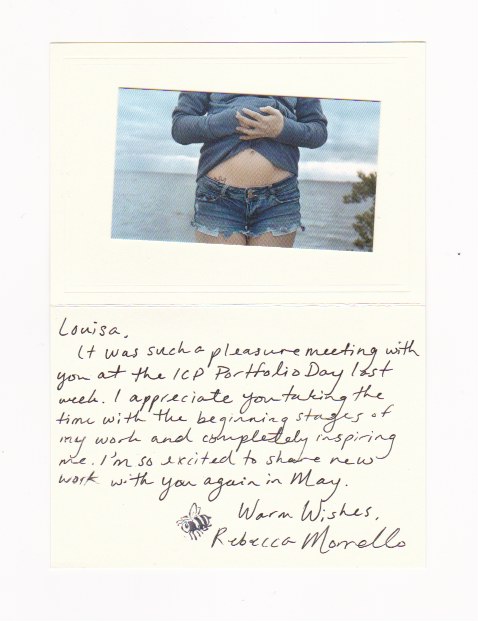 END_OF_DOCUMENT_TOKEN_TO_BE_REPLACED

This section is an overview of the many events I have created, produced and presented over the years.

I was the “Panel Queen” for some years, assembling both enlightening and informative panels comprised of diverse professionals from all areas of the photography industry. These discussions, presentations and round tables were both candid and humorous whilst also inspiring photographers to be the best they can be and how best and where to show their work.

END_OF_DOCUMENT_TOKEN_TO_BE_REPLACED 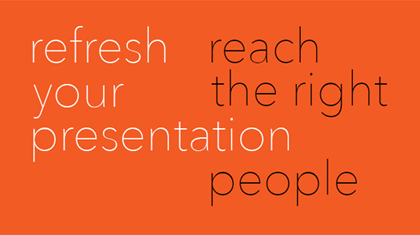 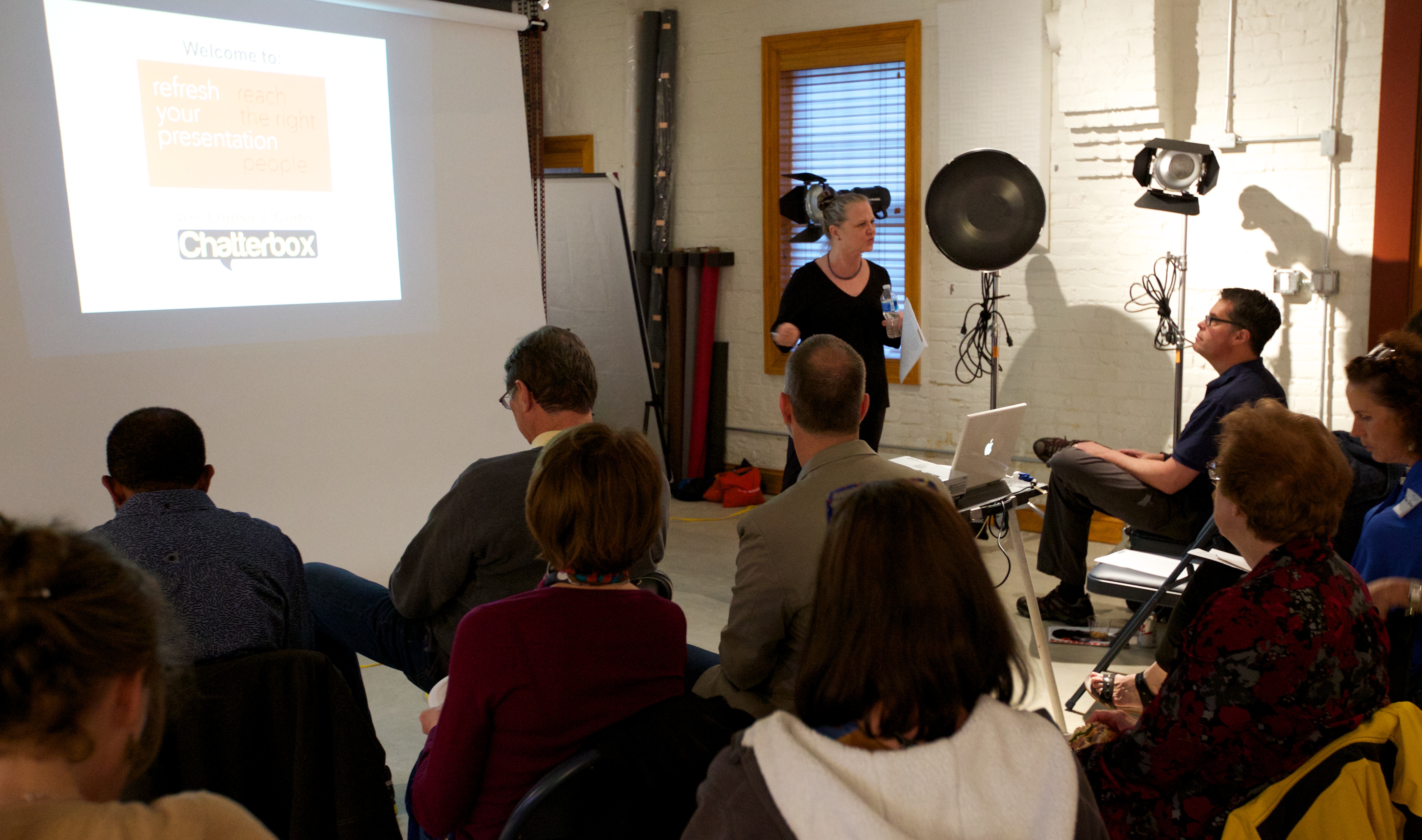 DESCRIPTION: In this fun and informative presentation, marketing consultant Louisa J. Curtis of Chatterbox Enterprises covers everything from websites to promotions, personal projects and creating your own PR. Whether you are just starting out, or have been in business for a while, this seminar will inspire you to revamp your presentation and marketing – make it fresh, focused and more personal. With lots of visual examples and plenty of time for Q&A, you’ll walk away with a new enthusiasm for marketing your work and a solid understanding of how to communicate what you do in the best light possible.

END_OF_DOCUMENT_TOKEN_TO_BE_REPLACED 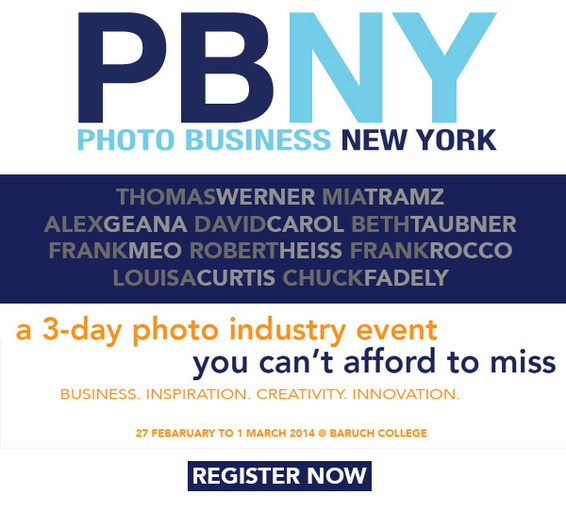 They Say One Size Fits All – Or Does It?

Should you have all of your work on the one website, and if so, how do you organize it? Or should you consider multiple websites for multiple markets?

Each photographer is different and no, from experience – “one size definitely does not fit all!” 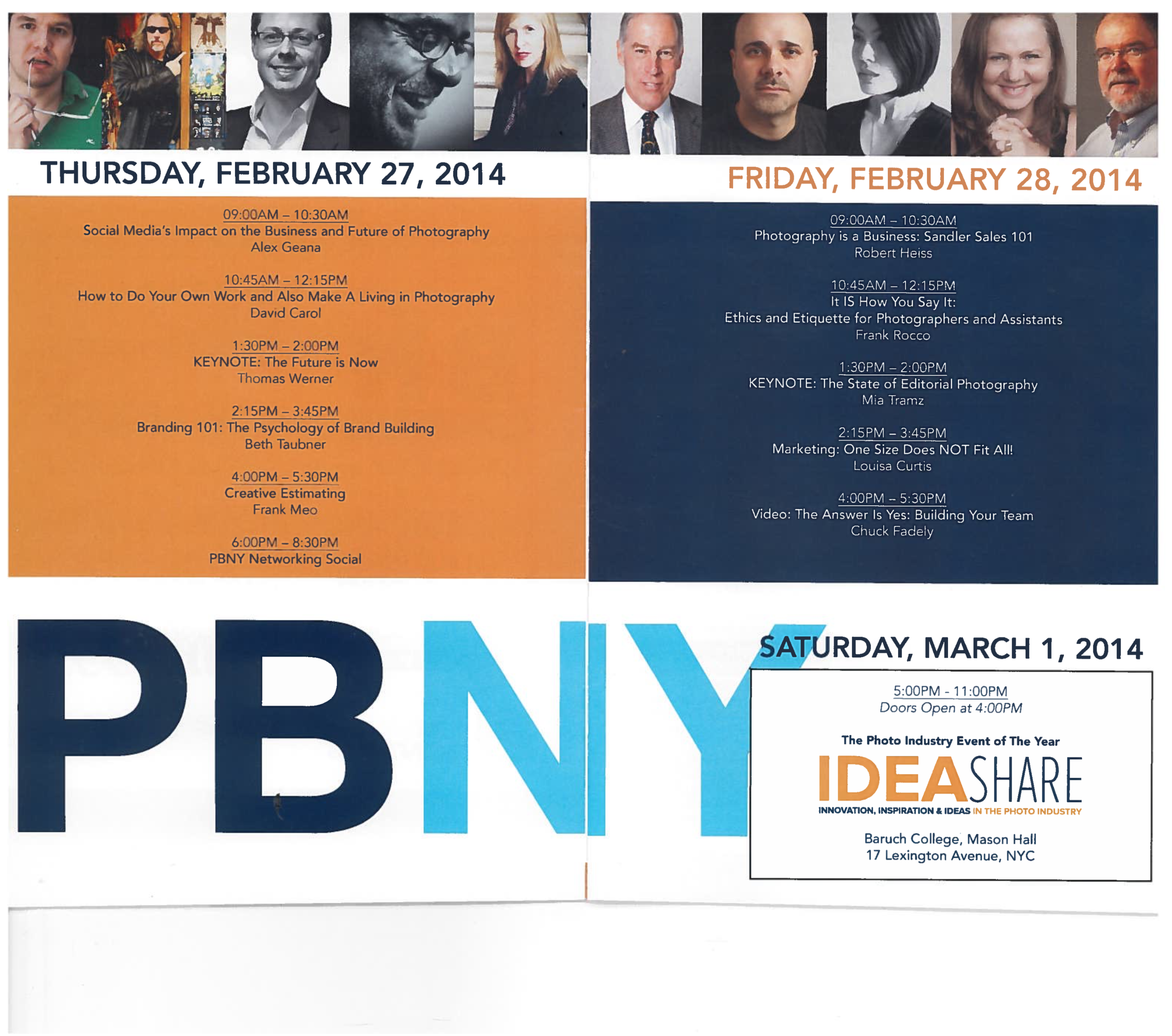 You’ve all heard the expression “square peg in a round hole” – as an artist, you are already fitting that description – so take that same attitude to your marketing and think outside of the box. What worked for Chuck in the 80’s may not work so well for Carmelita today!

To read more about this event and see photos, click here

END_OF_DOCUMENT_TOKEN_TO_BE_REPLACED 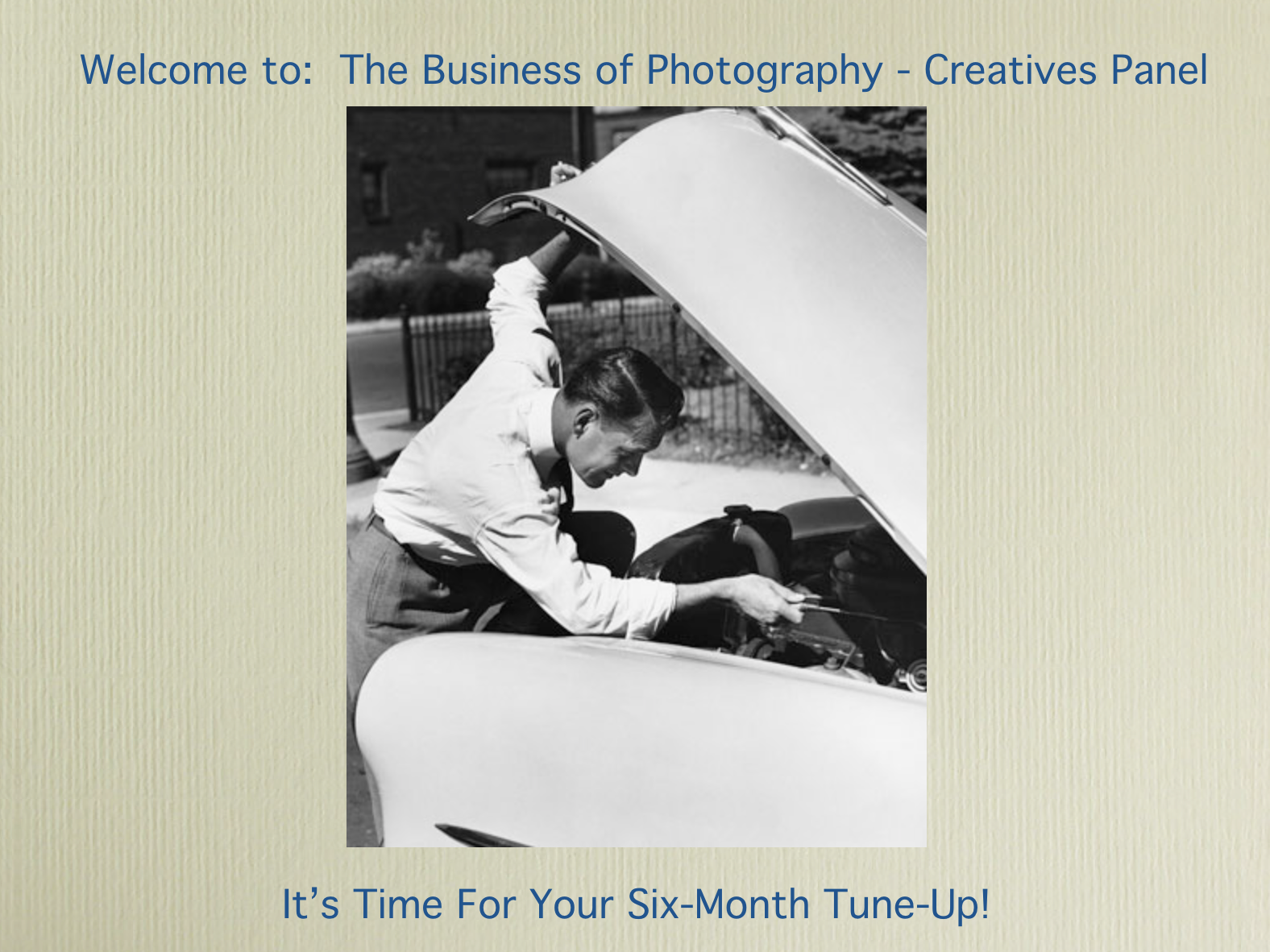 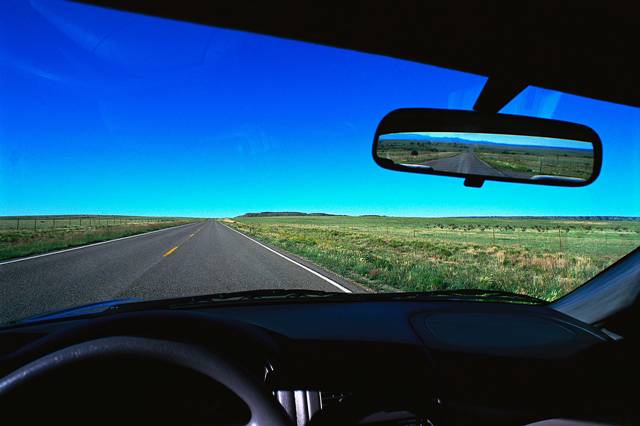 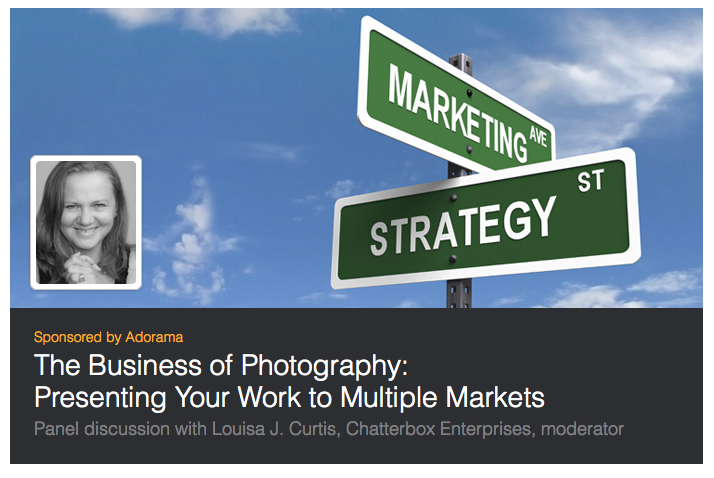 The Business of Photography: Presenting Your Work To Multiple Markets


Event Description: They Say That “One Size Fits All” – Or Does It?

These days it’s quite common for photographers to be promoting to and working in multiple markets in order to maximize their exposure and their earning potential. Since you’re working hard on expanding your brand and income, is there a right or a wrong way to approach each different market, or can your “brand” simply speak for itself?

To read more about this panel, who was on it and my write-up afterwards revealing “who said what” – click here

END_OF_DOCUMENT_TOKEN_TO_BE_REPLACED 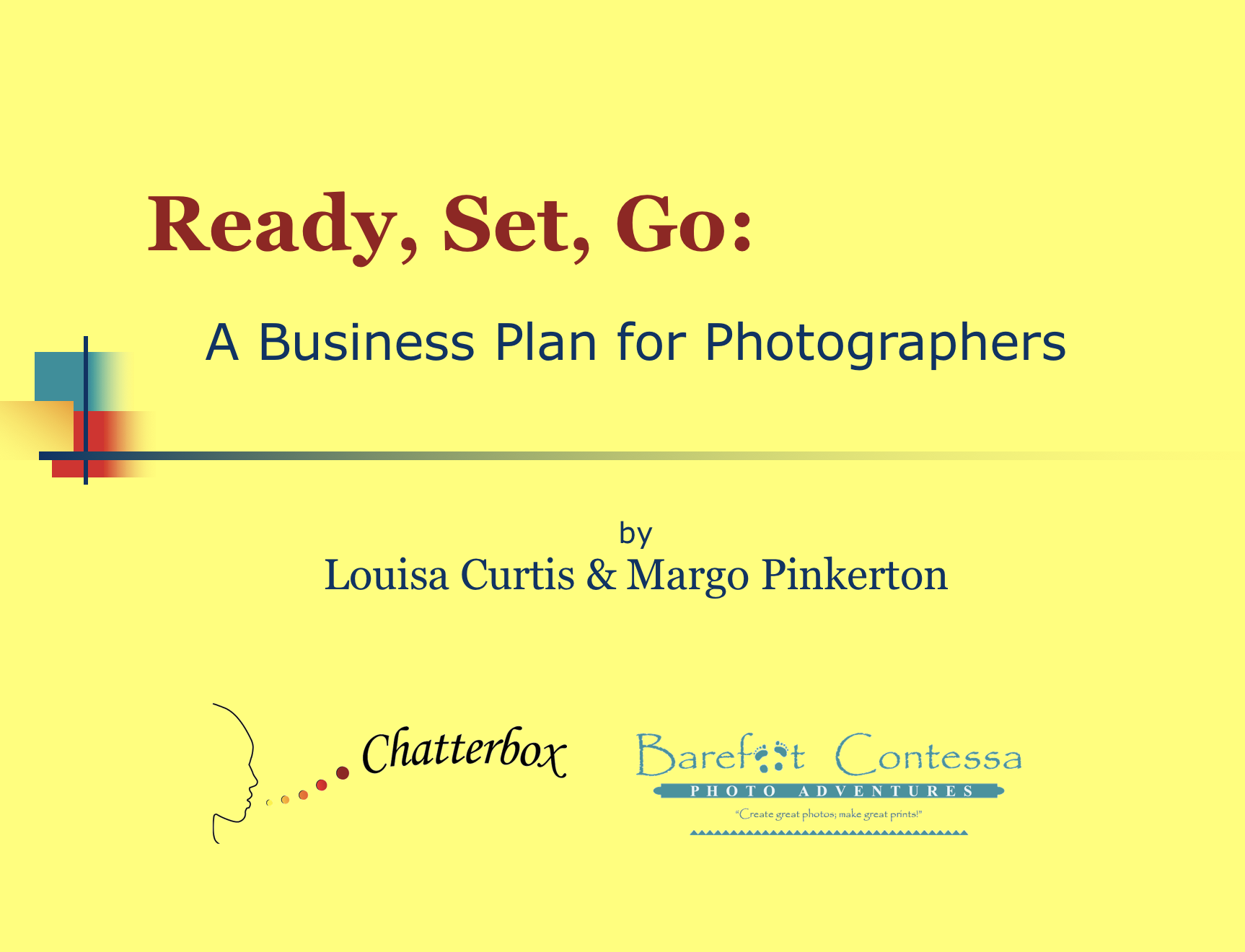 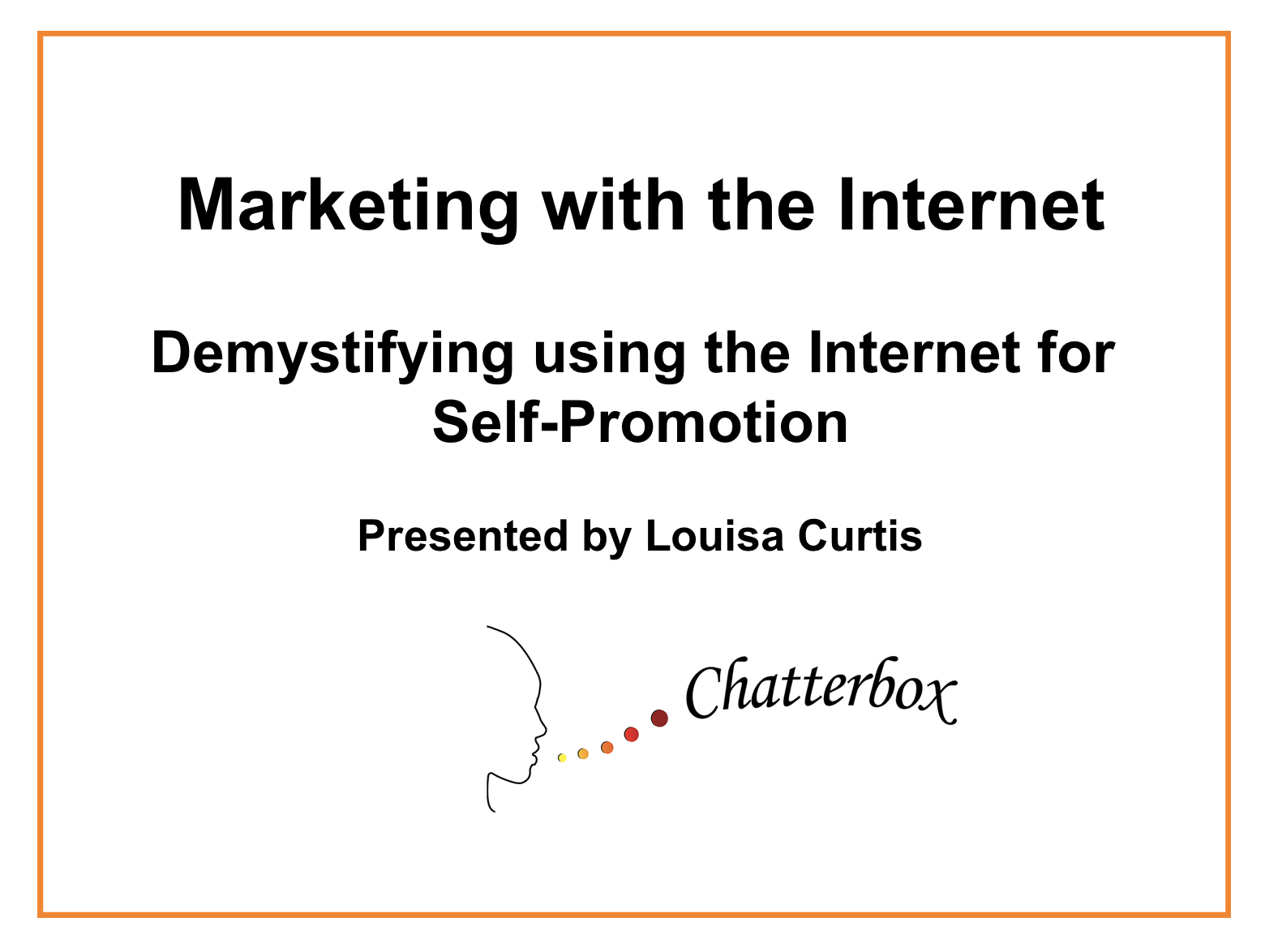