ChatterRecipe of the Month Holiday 2011 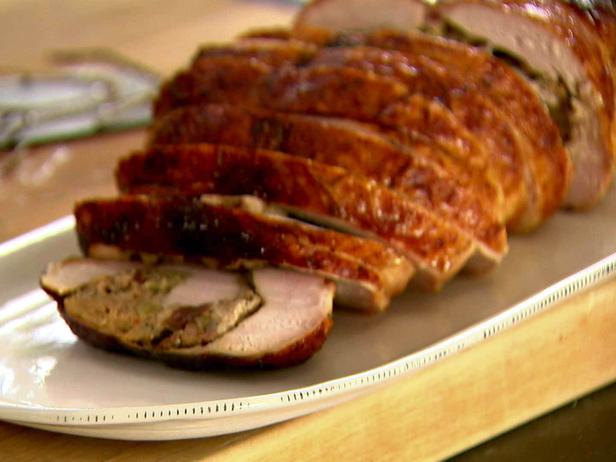 As I mentioned earlier in the ChatterQuote, Sagittarius is ruled by Jupiter, the Planet of “excess.” So what might this sign like to eat? Honestly, pretty much anything, and a lot of it! They certainly love their food and wine, but sometimes to the point of excess and gorging gluttony – the Sagittarius will literally eat until they are sick!

So I wanted to give you a nice, robust, seasonal recipe from one of my favorites, the Barefoot Contessa, Ina Garten. I watched her make this on TV not long ago, and it looked really easy and delicious. Her reasoning was that no one really looks forward to carving that big old turkey, especially in front of a crowd, so she decided to make a turkey breast stuffed with all sorts of delicious things, and one that remains moist as well as cooks in under two hours – so here is her festive Roasted Turkey Roulade (serves 6 or 7).

Recipe
Place the Dried Figs and Dried Cranberries in a small saucepan and pour in the Brandy and half a cup of Water. Bring the mixture to a boil over medium heat, then lower the heat and simmer for 2 minutes. Remove from heat and set aside. Meanwhile, melt the Unsalted Butterin a large skillet over medium heat. Add the Onions and Celery and sauté until softened, for about 5 minutes. Add in the Sausage, crumbling it into small bits with a fork and sauté with the Vegetables, stirring frequently, for about 10 minutes, until cooked and browned. Add in the Dried Figs and Dried Cranberries, along with the liquid, the chopped Rosemary Leaves, Pine Nuts, and cook for 2 more minutes. Be sure to scrape up the brown bits from the bottom of the pan. Place the Bread Stuffing Mix in a large bowl and add in the Sausageand Vegetable mixture, along with the Chicken Stock, Egg, Saltand Black Pepper, and stir well. FYI – this mixture may be made the day before and stored in the refrigerator overnight.

Preheat the oven to 325 degrees and place a baking rack on a sheet pan. Lay the butterflied Turkey Breast skin side down on a large cutting board and sprinkle the meat with Kosher Salt and freshly ground Black Pepper. Spread the stuffing mixture in a half-inch layer over the meat, leaving a half-inch border on all sides (so the stuffing doesn’t spill out of the roulade) and don’t mound the stuffing too high or it will be difficult to roll. You can place the leftover stuffing in a buttered ovenproof dish and bake alongside the Turkey for the last 45 minutes of the Turkey’s cooking time. Starting at one end, roll the Turkey like a Jelly Roll and tuck in any stuffing that attempts to escape out of the sides!  Tie the Turkey Breast firmly with Stringevery two inches to make a compact cylinder. Place the Turkey Roulade, seam side down on the rack on the sheet pan. Brush the skin all over with melted Butter and sprinkle generously with Saltand Pepper. Roast for 1¾ to 2 hours, or until a thermometer reads 150 degrees in the center. Test in a few places to be sure. Cover the Turkey Roulade with Aluminum Foil and allow it to rest at room temperature for 15 minutes. Carve into half-inch thick slices and serve warm with the extra stuffing and whatever other yummy side dishes you fancy!

Happy Eating, Everybody!
See you in 2012