ChatterRecipe of the Month February 2012 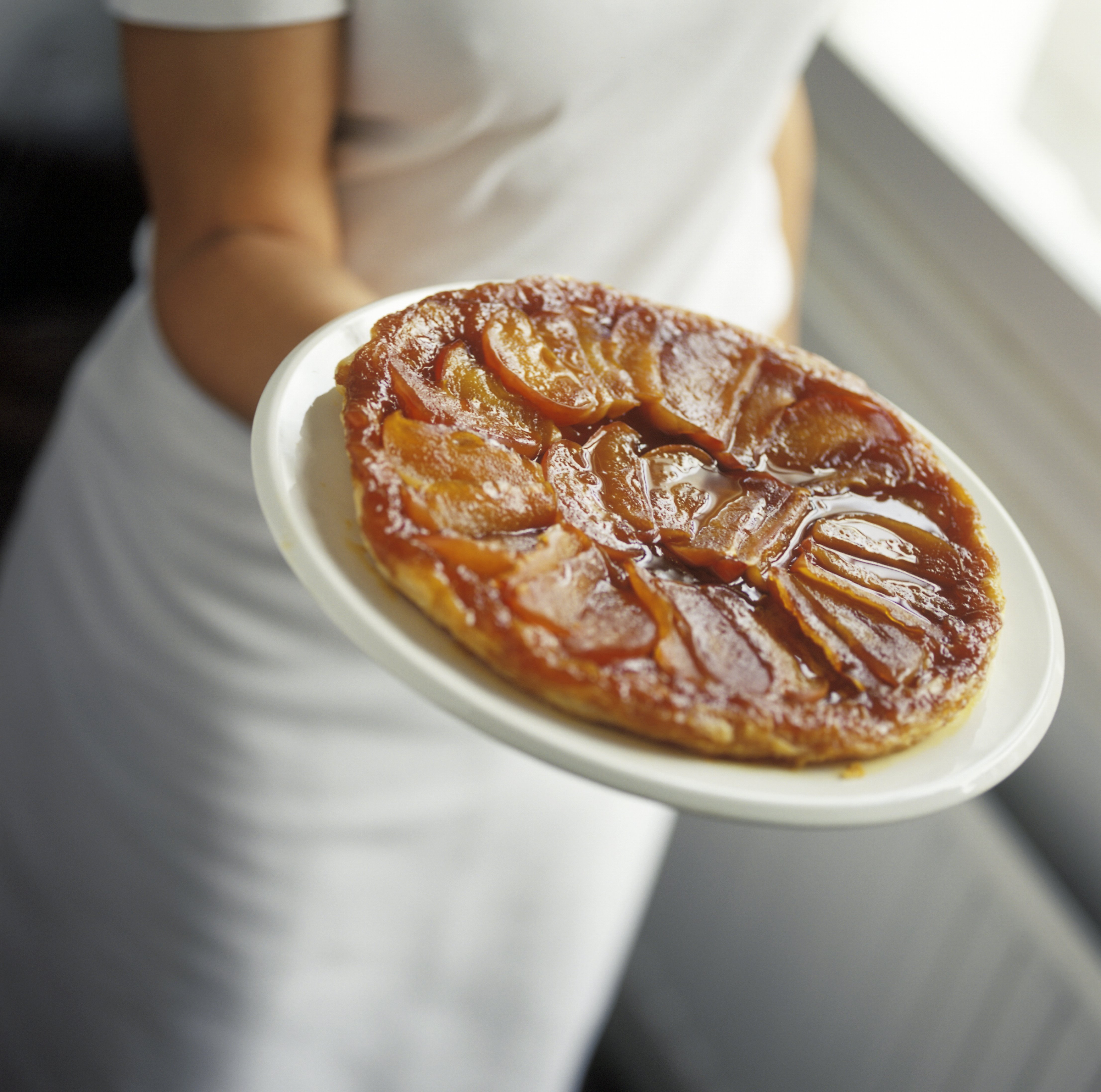 When it comes to deserts and pastries, the French have my vote, and one of my all-time favorite deserts has always been Tarte Tatin – and it’s really not that difficult to make. It is also equally delicious if you make it with Pears, instead of Apples. Aquarius enjoys its healthy seasonal fruits, such as Apples, Pears, Dates and Figs, as well as citrus fruits including Oranges, Lemons and Grapefruit. My father was an Aquarius and a big lover of Grapefruit – and I continue his habit to this day by having a half grapefruit with my breakfast! So for this month’s recipe, I decided to give you something sweet and delicious for Valentine’s Day, but made with fruit instead of chocolate!

Recipe
– To make the Pastry – put the Flour into a large bowl and add the cubes of cold Butter. Rub the Butter into the Flour (or cut with a knife) until the mixture resembles fine breadcrumbs. Stir in the Confectioner’s Sugar, and add the Egg Yolk, plus enough cold Waterto make a soft, but not sticky dough. Wrap in plastic wrap and chill in the refrigerator for at least 30 minutes.

– To prepare the Fruit – peel, core and slice the Apples (or Pears), and toss them with the zest and juice of the Lemon. The Lemon stops the fruit from turning brown, as well as giving a little kick of flavor.

– To prepare the Caramel – put the Butter and Soft Brown Sugar into a pan or skillet and heat gently until the Sugar dissolves. Increase the heat and cook gently for 4-5 minutes, until the mixture turns a dark golden brown, and is thick but still pourable. Be careful not to burn it! Now, when I learned how to make this in France, we used a skillet to melt the Caramel in, and then instead of transferring the Caramel into the bottom of a pie dish, we used the same skillet as our pie dish. If you prefer to use a pie dish, then transfer your Caramel from the skillet into the pie dish and cover the bottom with a generous layer.

– To make the Pie – arrange the slices of Apples (or Pears) in a circular spiral pattern on top of the layer of Caramel. Make one single layer, and then cover evenly with any remaining slices. Roll out the chilled Pastry on a lightly floured work surface, to a round slightly larger than the size of your pie dish or skillet. Lay the Pastry over the Apples, tucking the excess down the side of the pan/skillet. Bake in a 400° oven for 25-30 minutes until the pastry is crisp and golden.

– To serve the Pie – invert a serving plate on top of the pie, turn the pie dish and plate over and remove the pan to reveal the caramelized Apples. Serve your Tarte Tatin either warm or cold, perhaps with a little Ice Cream, or Crème Fraiche.