Greetings everyone, and welcome to the February ChatterBulletin!
As we move out of the sign of Capricorn, we now find ourselves in Aquarius. This sign is often mistakenly thought of as a water sign, because the symbol clearly resembles the waves of the ocean, and the word for water “aqua” is in his name! However, Aquarius is in fact, an air sign, he is the “water bearer,” a “spiritual aqueduct” and the “captain of the ship” who brings the spiritual waters from the heavens down to us mortals here on earth. So Happy Birthday to all of you Aquarians out there, in particular to my Aunt who will be 79, and to my Father who turns 85 this month! 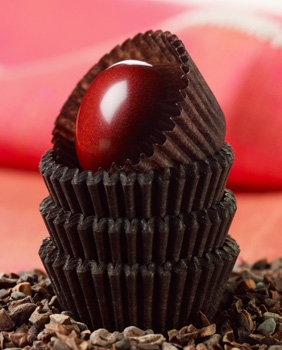 We know this month is Valentine’s Day, so not surprisingly our theme for this bulletin is“Love.” But how many of you know the history behind Valentine’s Day? In most countries, February 14th is the day on which lovers traditionally express their love for one another by exchanging cards, flowers and confectionery. The Holiday is named after two (of many) early Christian martyrs named Valentine, and became associated with “romantic love” only during the “Middle Ages” and the time of Geoffrey Chaucer and “courtly love.” Prior to that, I somehow doubt that the Christian martyrs were thinking a whole lot about sending romantic cards and consuming chocolate hearts, whilst they were being persecuted by the Romans! So how did we get from those violent acts of discrimination to the Holiday that we now associate with Romance? Well, well, well, the first letters of the word “romance” are also in the word “Romans” – so how blatant a connection could that be, however unlikely and discordant?

Growing up in England, it was customary for us to send our Valentine cards signed anonymously so that when you opened it, there was a sense of mystery as to who might be your “secret admirer” and you had to decipher the handwriting in order to figure out just who that might be? And there was none of this sending Valentine’s day cards to your Mum, or “To Billy, love Grandma”… no, this was strictly for the people you had a “serious thing” for. Mind you, it did put a lot of pressure on you at school depending on how many cards you received. And, as in my case, this wasn’t too many, seeing as I went to an all-girls school!

So “courtly love” and chivalry were introduced in medieval times to certain French royal households such as Aquitaine, Burgundy & Provence. This “courtly love” was generally “secret” – hence the tradition of not signing your Valentines – and took place between members of the nobility, not husband and wife! As time went on and as with all Holidays, it eventually became “commercialized” and accessible to everyone! Let’s face it, the greetings cards, chocolate and flower industries all thrive with increased business at this time of year!

Traditions will also vary from country to country, such as for example – in South Korea, women give chocolate to men on February 14th, and men give non-chocolate candy to women on March 14th (White Day). On April 14th (Black Day), those who did not receive anything on the 14th of February or March go to a Chinese restaurant to eat black noodles and “mourn” their single life! Yikes! During the Victorian era, elaborate Valentine’s Day cards such as these ones below were popular, typically featuring the romantic symbols of heart-shapes, doves and cupids that we associate with Valentine’s Day. 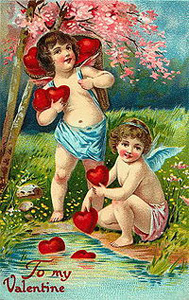 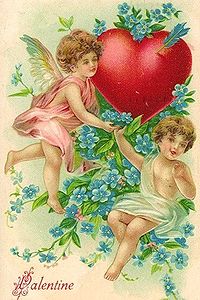 So before we get to the Clients of the Month, a couple of thoughts about “Love” and what that means. It is an interesting word as it can be used in so many situations, ranging from affection to adoration, from erotica to romance, or from enthusiasm to compassion – each time meaning something quite different. “I love chocolate cake” is not the same kind of love as “I love my Mum” is not the same as “I love the way you kiss” is not the same as “I love to travel”… and on and on… But without “Love” we have nothing. “Love” does conquer all, no matter how hard it may be for us to feel “loving” towards each other, towards all human beings, towards our activities and our work, each and every day, because we are never going to “like” everyone or everything. None of us is perfect, and we live in an imperfect world, but if we at least attempt to come from a place of “Love,” with everything that we do, and towards everyone around us, then perhaps we have a chance of achieving better cooperation with one another, increased success in our lives and peace around the world.