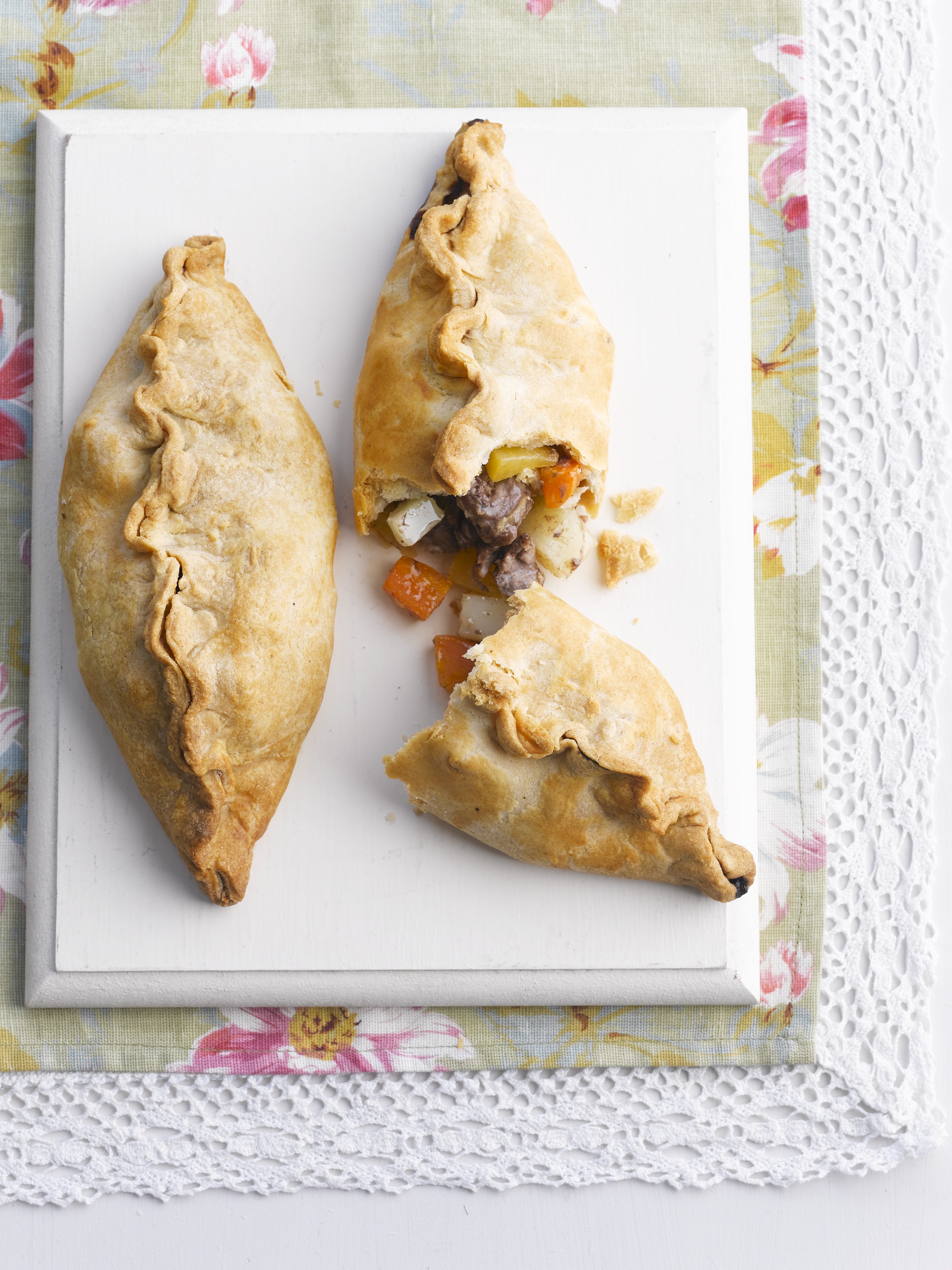 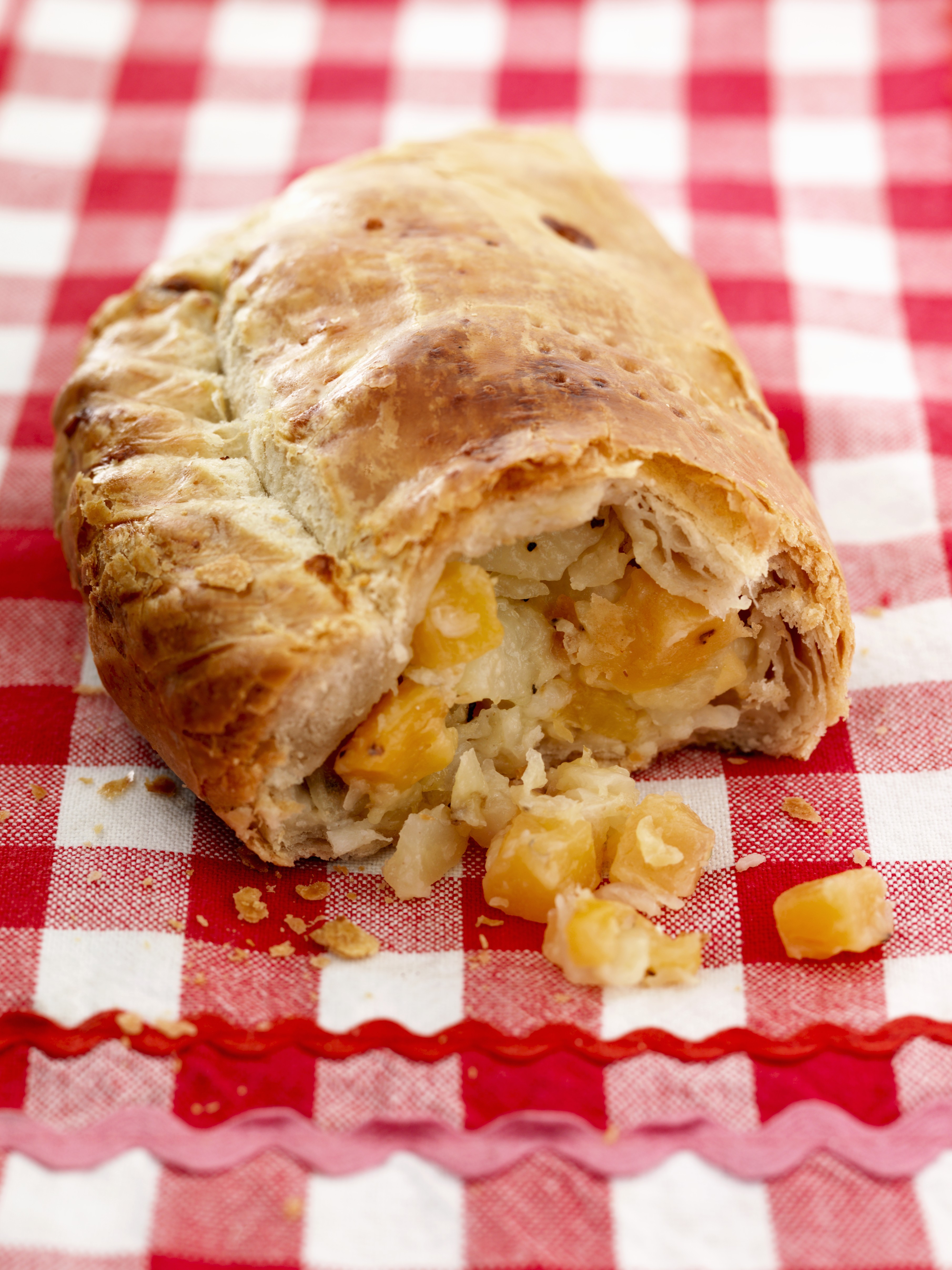 I thought the Cornish Pasty would be a perfect recipe for this month since Aries are meat-eaters, but especially after my friend reminded me of the recent “pasty-gate” scandal that sent the British public and Parliament into a state of complete and utter outrage! The British Prime Minister, David Cameron, got him self into a right “pickle” after the Chancellor proposed a ridiculous new surcharge on warm food items, such as sausage rolls and yes, you got it, Cornish pasties that are sold by high street firms! The Chancellor further qualified this astounding rule by saying hot pasties that were cooled down before being sold would not be subject to VAT, but the ones sold while still hot would be. The nerve! And as if that wasn’t bad enough, in support of the British people, the Prime Minister then spoke out about his personal love of a good Cornish pasty, and how he himself had enjoyed one not long ago at Leeds railway station, but his story was subsequently revealed to be a big, fat “flaky” fib leaving him with crumbs (instead of egg) all over his face!

Many countries have their own version of a “pasty” much like they do with the sandwich. In India we’d ask for “samosas” while in Jamaica it would be “patties” but for the inhabitants of Cornwall, and most likely a few other Englanders, a Cornish pasty is a pastry case or “envelope” filled with beef, potatoes, swede and onion, which is then oven-baked and can be served either hot or cold (take note Mr. Cameron – eat cold pasties from now on and you could save yourself some money!) Supposedly the tradition of the “pasty” began with Cornish tin miners who, unable to return to the surface at lunchtime, needed something to eat that was both substantial and sturdy, and with their hands often dirty from a mornings work, the pasty could be held by the thick pastry crust without contaminating the contents. This idea was so successful the pasty not only gave the miners what they needed, it became a national food! I mean you’ve never heard of a Cornish sandwich, now have you? The word “pasty” can also refer to a “pie” and pasty recipes date as far back as the 1,300’s. On the Isle of Anglesey, miners took this “pasty” tradition one step further by creating their ingenious part-savory, part-sweet pasties, which included both the main course and the pudding all in the one pasty! This was obviously quite a culinary accomplishment but the trend didn’t stick, as no commercial two-course pasties are even produced in Cornwall today!

Recipe
Pre-heat the oven to 425 degrees. Trim any excess fat from the Beefand slice it very thinly with a sharp knife, or dice finely. In a large bowl mix the Beef together with the diced Potato, Onion, Turnip or Swede, and season well with Salt & Pepper. Roll out the Shortcrust Pastry to about ¼ inch thick on a lightly Floured board and then using a large saucer cut out 4 large rounds. Divide the filling and place into the center of each round of pastry leaving at least ¼ inch space around the edges. Fold the pastry over to form the “envelope” and dampen the edges with a little Water so you can close and seal each one by crimping the pastry edges firmly together to form a neat, fluted and curved pattern. Cut a tiny slit in the top of each pasty to allow the steam to escape, then brush each one with some lightly beaten Eggand place them on a greased baking sheet. Place in the center of the oven and bake for 10 minutes, then turn the heat down to 350 degrees and bake for another 30 minutes. The pasties should be a golden brown, and once again can be served hot or cold.

Recipe
The key to remembering this easy Shortcrust Pastry is by using the “half-fat-to-flour” ratio. So for 8oz Flour, we’ll need 4oz Shortening. And not only does it make a nice crumbly crust, it also takes a “short” time to make, so don’t be scared, make your own! Put the Flour and Salt in a bowl and add the cubed Butter (or half-Butter half-Lard). Use your fingertips to rub the Shortening into the Flour until the mixture resembles coarse breadcrumbs and there are no large pieces of Shortening. This can also be prepared in a food processor by using the “pulse” button, but either way, do not overwork the dough. Then, using a knife, stir in just enough of the cold Water to bind the dough together. Again, do not overwork and if you’re using a food processor, just add in a little Water at a time until the dough comes together. Wrap the dough in plastic wrap and refrigerate for at least 10-15 minutes before using.