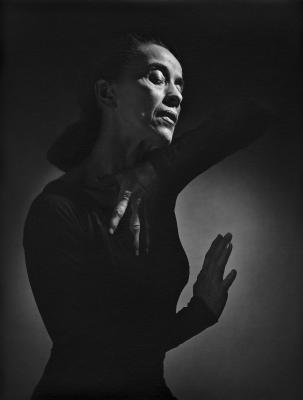 This month our quote comes from one of my personal heroes, Martha Graham, a Taurus born May 11th, 1894 and one of the most important figures who gave us the foundation of modern dance. I spoke about her in one of my previous bulletins, under the topic of “inspiration.” She died in 1991 after dancing and choreographing for more than 70 years, and was the first dancer ever to perform at the White House.

And once again, we are honored to show a portrait by Yousuf Karsh, and not only do we have his Martha Graham portrait for you, we also have the wonderful story behind the photograph as told by Mr. Karsh himself: “Upon arriving at Miss Graham’s New York apartment in 1948 I was quite taken aback, though impressed, by the stark simplicity with which she had chosen to surround herself… Then I looked up to the ceiling and it seemed only a few inches above my head. No one, not even Martha Graham could dance in such a place. Compromise sometimes must be the stuff of which pictures are made. So, rather hopelessly, I sat Miss Graham on a low stool and asked her to assume various attitudes as if she had the space of a great stage around her. Amazingly enough, this restricted posture presented no problem, such perfect control had she over her body.”

Which is pretty funny, when you read the quote we have chosen from her:

Some men have thousands of reasons why they cannot do what they want to, when all they need is one reason why they can.