Creativity and the Arts 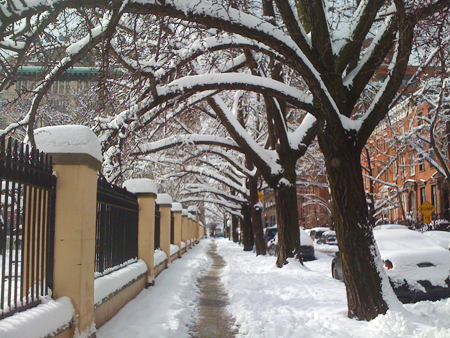 Greetings everyone, and welcome to the March ChatterBulletin! We have moved from the sign of Aquarius into Pisces, and although later this month we’ll move into Aries and the first day of Spring – it is still feeling a lot like Winter and many of us have seen a whole lot of snow this year. In fact, New York is in the middle of one of it’s largest snowstorms as I am writing this, and I took the above photo the following day. Snow is of course, frozen water – remember those beautiful images of the snowflakes in our last bulletin – and Pisces is a water sign, so combine water with a cold winter, and what do you have? Snow, sleet and ice!

Water is connected with your imagination and your emotions and so this month I decided to talk about Creativity and the Arts. In order to be a great artist, one must use the imagination and express a variety of emotions in order to move your audience in some way – whether it is through art, dance, music, theater, film, photography or literature. Some famous creative Pisces for example, are musicians George Harrison, Nat King Cole & Johnny Cash, dancers Nijinsky & Rudolph Nureyev who were both Pisces as were actors Michael Caine, Sidney Poitier & Bruce Willis, along with actresses Glenn Close, Vanessa Williams & Elizabeth Taylor, and directors Ron Howard & Spike Lee. The list goes on…

And for those of you who have been watching the Winter Olympics in Vancouver, who could not be inspired by the story of the Canadian Figure Skater, Joannie Rochette, whose mother died two days before she was due to perform her short program. Not only did this young woman find the courage and strength to perform, she went on to win the Olympic bronze medal, capturing our hearts and inspiring everyone in the process. She took all of her emotions and channeled that raw energy along with her years of discipline and training and she skated her heart out.

It was a year ago now that my own mother passed away and she was a great lover of the creative arts, as am I. As a young child I was, shall we say, quite active and my mother could see the hungry performer in me from an early age. So she took me to the local dancing instructor, who watched me at the back of the room figuring out how to point my toes along with the other little girls, and she took me on at aged three and a half – a lot earlier than she usually would (and probably out of pity for my poor mother!) This same teacher, also taught my sister the piano, so while I learned how to “dance” the polka, she was learning how to play it!

Click here to read the full article in my Blog!

So now, as a special treat for you all, here is a photo that my sister and I found when we were clearing out our mother’s house last year of myself and my three dance classmates, all dressed up in our Welsh folk costumes! Can you tell which one is me? And I dedicate this bulletin in loving memory of my mother and my dance teacher, Miss Soanes. 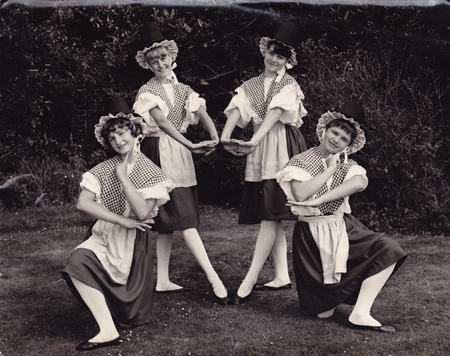 On another note: A dear friend sent me this video last week, and although our last month’s bulletin was all about “Love” – I thought it was so cool, I wanted to share it with you all anyway. So in keeping with our theme of Creativity and the Arts…”All you need is Love!”

Also- Birthday greetings to all of you Pisces this month, and in particular to my old pal in Charleston, SC, who was born on St. Patrick’s Day and was therefore named surprise, surprise – Patrick!

St. Patrick is perhaps the most well-known of all the patron saints in Ireland and what was once a serious religious holiday of abstinence is now a public holiday of massive alcohol-consumption! Green ribbons and shamrocks were originally worn to celebrate St. Patrick’s Day as early as the 17th century, and he was said to have used the three-leaved clover to explain the concept of the Holy Trinity. Nowadays, not only does everyone wear “the green” to celebrate the Irish on St. Patrick’s Day, in Chicago, they actually dyed the river green and last year, the White House fountain! The holiday is widely celebrated by both Irish and non-Irish alike, with parades not only in Ireland, but all over North America.